27 SAS Users made it along to the 18th SUGUKI meetup at the SAS office (199 Bishopsgate) in London.

The first SUGUKI event was held one year ago - it was called SLUG back then. Therefore, Allan Bowe began with a bit of a recap - talking about the journey from 199, to the Elevator Building (Vanquis Bank), the Shard (Robert Half), and also the event with Tony Barr (recording available here). The group has held meetups in 5 cities (London, Dublin, Edinburgh, Birmingham and Manchester) and now has over 750 members.

A customer story from Nationwide was presented by David Swann, with some thought provoking content relating to their use of Visual Text Analytics on SAS Viya. This provoked an extensive Q&A session with the audience.

After the break, Nik Markovic from Boemska presented an interesting use of Virtual Reality as a way of exploring data, in this case a SAS twitter network from a past SAS Global Forum event. 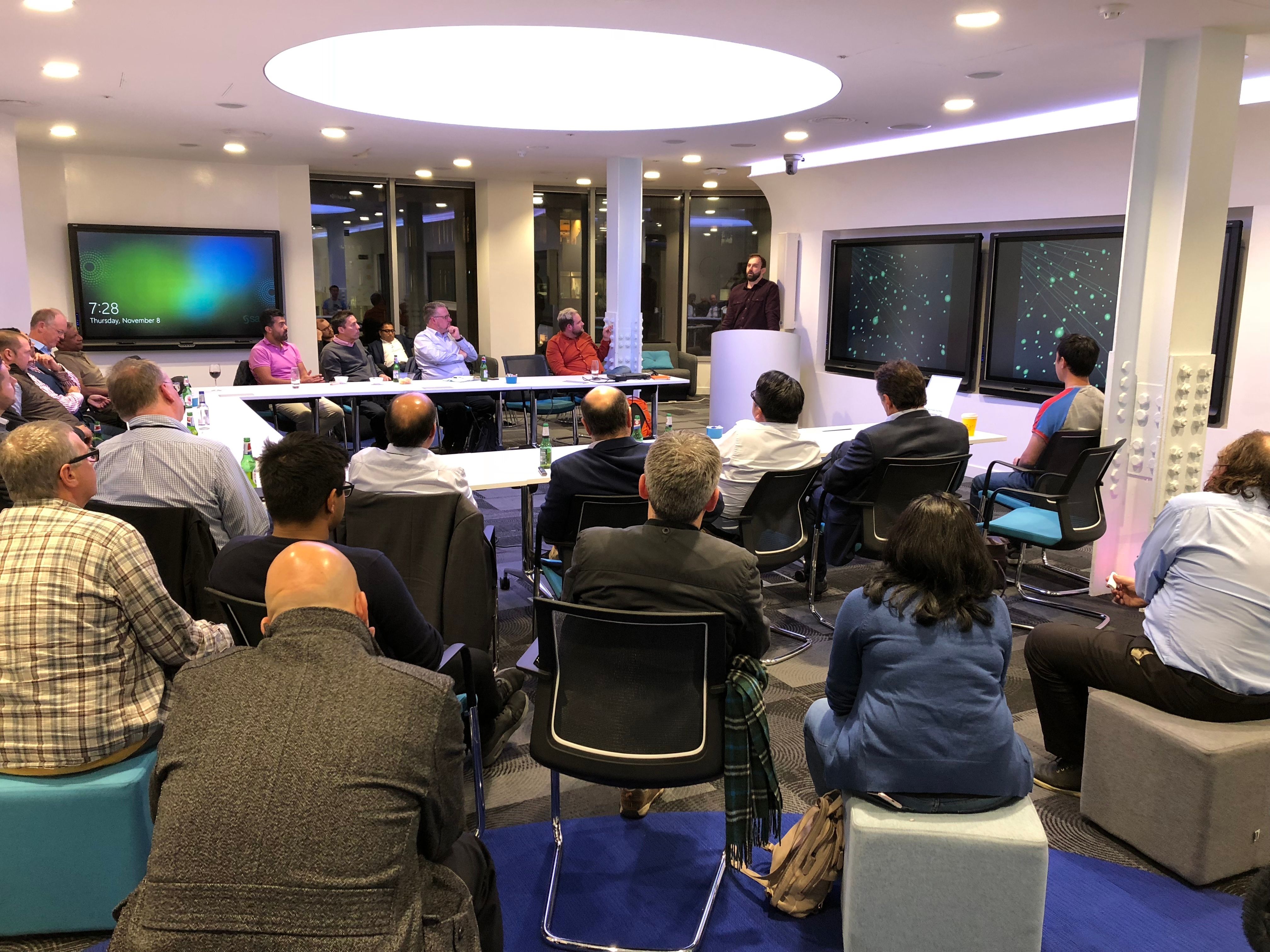 The Sasensei quiz was won by Gary Nemorin, and afterwards many users went for a drink (or two) at The Allegory.

Photos from the event are available here.

The next meetup will be held on 6th of December, back in 199, sponsored by Amadeus.